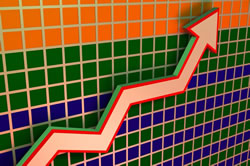 Plenty Magazine reports: Shark attacks on the rise as the animals’ numbers plummet!

When George Burgess was growing up, the oceans were seen as a treasure trove of resources. Now, many fish stocks are failing and sharks, the iconic creatures of the sea, are declining in record numbers.

A study funded by the Lenfest Ocean Program released on June 11 found that the Mediterranean Sea is losing its large predatory sharks: five species in that body of water declined by more than 97 percent (in abundance and catch weight) over the last two centuries. Yet shark attacks seem to be on the rise. As a manager of the 50-year-old International Shark Attack File, Burgess monitors where and when attacks happen. He’s also director of the University of Florida’s Florida Program for Shark Research. Plenty caught up with him to discuss these magnificent creatures, their tenuous future, and what needs to be done to help save them.

Are sharks declining in all of the world’s oceans?

They are in fact declining on a worldwide basis. And it’s not just sharks, it’s also their close relatives the skates and rays. Their populations are in decline because of fishing pressures, and their recovery is greatly hindered by their biological characteristics. So they are not going to be able to return to former levels of abundance very readily. To put it in perspective, the recovery of most bony fishes is usually measured in years; the recovery of sharks and their relatives will be measured in decades. In more than 400 million years of evolution the shark has become a highly efficient predator at the top of the food chain. If this apex predator in the sea can be so readily annihilated in no more than 100 years by humans, what’s going to happen to other animals in the food chain and in the sea? The reality is the shark’s decline is symptomatic of overfishing on a worldwide basis.

Why would there be more news about shark and ray attacks if there are fewer of them?

Is there any possibility that news of these attacks could bring positive attention to these animals?

There isn’t a conversation I have with any member of the press when I don’t try to turn the focus around to the problems in the shark populations and what we need to do to conserve these animals. That’s the real concern from the scientific perspective.

While the bad news is that sharks and rays are in trouble, hopefully the good news is that the word is getting out more and more now and people will begin to try to influence the situation through speaking with the regulatory agencies and by speaking with their elected leaders. When I was growing up, in the late 1950s and early ‘60s, the ocean was pointed to as this endless source of food and wealth that was going to be the answer to many of the world’s problems. Many people took that notion to heart and worked hard to take advantage of what we could reap from the ocean. Unfortunately, we’ve reaped too much. Our technology has become too advanced, we’ve become too selfish, and we’ve become too enamored with the products of the sea. What was once thought to be a continually gurgling stream of goodness is now drying up. It’s everyone’s responsibility to try to reduce the take from the sea, to reduce the changes that we’re making to the environment around it, and to start thinking about alternative solutions to fishing as international provisions.