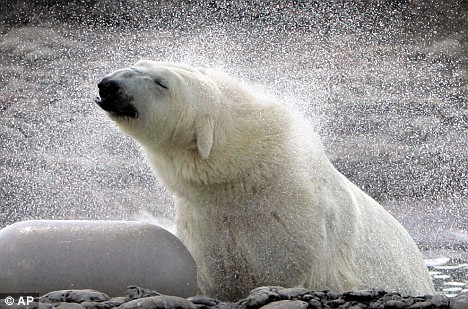 Already threatened by a thaw of ice around the North Pole, the polar bear’s title as the top Arctic predator may under challenge from a shark.

Scientists researching how far sharks hunt seals in the Arctic were stunned in June to find part of the jaw of a young polar bear in the stomach of a Greenland shark, a species that favours polar waters.

“Bits of animals including caribou have been found in Greenland shark stomachs in the past — scavenged or attacked swimming.

Campana said there was even a myth that the sharks could leap out of the water and seize caribou standing on ice.”