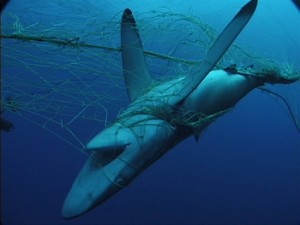 Shark nets are an often controversial method of preventing shark attack at popular beaches, but environmentalists decry the costs as outweighing the benefits.

Environmentalists are calling on Australian authorities to stop using massive nets to keep sharks away from beaches. Officials say the nets, which will be erected Monday, have saved the lives of many swimmers and surfers. But environmentalists believe the nets can kill migrating whales and endangered grey nurse sharks without making the water any safer for bathers.

Australia’s shark nets are erected at the start of spring in the southern hemisphere, when bathers head to the shore for a respite from the warming weather.

The meshed barriers positioned along the coast of the country’s most populous state, New South Wales, were first introduced 70 years ago.

Environmentalists believe they are no longer needed and do not enhance the safety of swimmers or surfers.

They say most of the nets are in such disrepair they do not provide an effective barrier against shark attacks.

Campaigners say the netting has exacted a terrible toll on wildlife, such as turtles, whales, endangered grey nurse sharks and fish, which have died after being caught up in the netting.

Cate Faehrmann, the Executive Director of the Nature Conservation Council of New South Wales, says erecting the nets is a waste of time.

“It’s almost an irrational fear, I suppose, by the public of being a victim of a shark attack which has, in fact, ensured we put up these nets come every spring. Yet, in fact, almost half of all sharks are caught on the beach side of the net. So, they swim over, they swim around. It’s a tokenistic gesture for the public yet it has dire consequences for marine life,” said Faehrmann.

The New South Wales state government argues that the nets are an effective way of protecting swimmers. Officials say statistics prove their case and that there has only been a single fatal shark attack in local waters in the 70 years since the nets were introduced. Before that time in New South Wales there was on average one fatal attack every year.

Environmentalists have called on the authorities to stop using the coastal nets and have urged ministers to investigate the use of electronic shark deterrent devices currently being used off South African beaches.