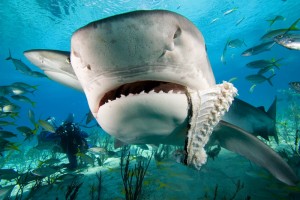 The Big Island has experienced an unusually radical amount of shark activity lately, disturbing some locals and leaving many asking “why?” The Fear Beneath reports on continued shark sightings in the Maumai Beach area.

The sighting of four tiger sharks prompted ocean safety officials to close several beaches on the Big Island on Wednesday.