Our sincere appreciation to loyal Fear Beneath reader Mark Johnson, who emailed us these graphic images from the shark-attack-dumping-ground known to Santa Barbara locals as Hope Ranch Beach. This poor pinniped was viciously disemboweled by a Santa Barbara County shark, never to frolick in the sunny surf and sand again. 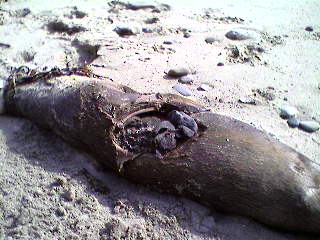 The seal intestines —spilling out a cavernous hole in the pelt of this once proud and magnificent animal— depart the blubbery body, just as the tragic seal’s soul departed from this rotting chunk of flesh in a fit of spectacular violence. Here at the Fear Beneath, we wonder – why would humans choose to risk a similar fate? 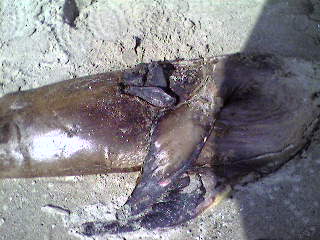