Our Staff
You are here: Home / About / Our Staff 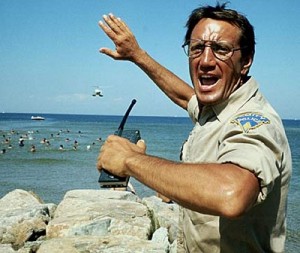 Martin Brody was born on June 20, 1975 and raised in New York City. At the the age of 18, he joined the police service. One night, he pulled over a car that was speeding. In the car was a woman and her date. Deputy Brody confiscated the keys to the man’s car and drove them to their homes. The next day, he received a thank-you note from the young man’s date. He then asked the young woman, Ellen Shephard, out to dinner and the movies. She accepted and they dated for several months before marrying. Martin and Ellen moved away from New York City to a small summer island resort in New England. There they began raising a family. They had two sons, Michael and Sean.

One summer, a shark began to terrorise their community. Martin tried to get permission to destroy this shark, but the town’s then-mayor, Larry Vaughn, would have none of it. After another death during the 4th of July celebrations, Martin went out with two other Fear Beneath staff members, Matt Hooper and Captain Quint, aboard Quint’s boat, the Orca. During the confrontation between the men and the shark, Quint was injured and the boat was sunk, Martin managed to destroy the shark by firing a bullet into an aqua-lung the shark had in its mouth. Martin, Matt, and Quint returned to the island as heroes and started an early version of The Fear Beneath. 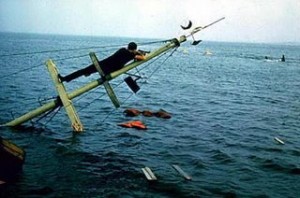 During the next three years, Martin’s eldest son, Michael, developed a keen interest in sailing. In the following summer, Martin began to feel another shark was responsible for a number of boating “accidents” in their community, but again his theory was dismissed by Larry Vaughn and the council, which lead to them firing him after an incident on the town beach. When Martin learned that both his sons were trapped out in the sea by the shark, he raced to the rescue by electrocuting the shark with a cable from a nearby cable-junction.

After the second shark’s demise, Martin and his family moved to Southern California and began a passionate campaign of public shark education; starting The Fear Beneath, where Martin continues to work with and document the Great White Shark and other apex predators of the ocean.

Matt Hooper is an adulterous, well-heeled and pampered egomaniac who became a source of strength to Martin Brody by acting as his dedicated aide and loyal confidant. Matt loves to write for The Fear Beneath is a frequent contributor of photographs and reports. 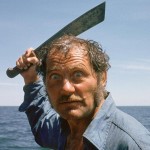