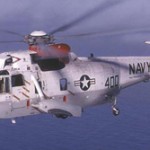 BIG ISLAND, HAWAII Firefighters called off an ocean search for a 24-year-old man this afternoon after rescuers found some of his clothing that appeared to have been hit by a shark. Police identified the man as Kameron Brown of Pahoa. Firefighters said after finding Brown's clothing and speaking with the man's family, they decided to call off the search at about 2 p.m. … END_OF_DOCUMENT_TOKEN_TO_BE_REPLACED