News
You are here: Home / Archives for News 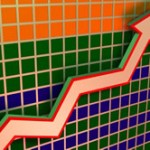 Plenty Magazine reports: Shark attacks on the rise as the animals’ numbers plummet! George Burgess, manager of the International Shark Attack File, discusses the sea creature’s uncertain future By Susan Cosier When George Burgess was growing up, the oceans were seen as a treasure trove of resources. Now, many fish stocks are failing and sharks, the iconic creatures of … END_OF_DOCUMENT_TOKEN_TO_BE_REPLACED