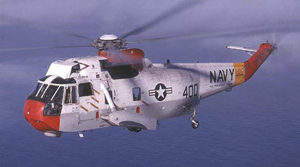 Firefighters called off an ocean search for a 24-year-old man this afternoon after rescuers found some of his clothing that appeared to have been hit by a shark.

Police identified the man as Kameron Brown of Pahoa.

Firefighters said after finding Brown’s clothing and speaking with the man’s family, they decided to call off the search at about 2 p.m. for the safety of the divers, said Battalion Chief Darren Rosario.

A large white shark was seen in the area earlier in the day, Rosario said.

Brown was reported in trouble at McKenzie Beach Park in Pahoa at 7:20 p.m., according to a Big Island fire news release.

He tried to climb onto some rocks in rough surf, and fishermen on shore tried to throw him ropes and a plastic gallon, firefighters said. But Brown never made it to shore.

Bystanders last saw Brown drifting south out of range of flash lights that search parties were using on shore.

About 10 firefighters searched by boat and on shore Saturday night. A fire helicopter joined the search Sunday morning and five divers took three dives but didn’t find any human remains. 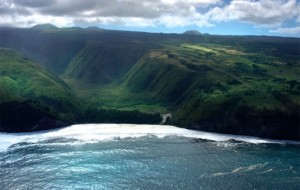 The Big Island of Hawaii is home to many sharks

STORY UPDATE: From The Honoloulu Advertiser

A Great White shark was spotted today about an eight-of-a mile from where Big Island firefighters found tattered board shots belonging to a missing 27-year-old swimmer.

The white shorts appeared to have teeth marks in them, said Battalion Chief Darren Rosario.

“The shorts were torn with strong evidence that a shark had hit it,” Rosario said. “They had teeth patterns like a shark bite.”

But it remains a mystery whether the bites were related to the swimmer’s disappearance, Rosario said.

“Nobody will ever know that,” said Chadwick Chun Fat, a Big Island fire rescue specialist who saw the great white shark from a helicopter and later dived into the ocean and found parts of the tattered shorts and pieces of underwear belonging to the missing swimmer.

The shark was spotted today swimming parallel to McKenzie State Park where the swimmer was swept away from the steep and rocky shoreline last night during a night of drinking and partying.

He compared the shark to the size of a 25-foot boat, with a blunt snout and large tail, pectoral and dorsal fins.

“We thought maybe it was a big Tiger shark at first but then we flew at it with the sun at our back and said, ‘That’s no tiger shark,'” Chun Fat said. “It had no stripes, just dark gray. It looked like a big, stubby submarine.”

Chun Fat is both a commercial fisherman and avid diver and said, “We see a lot of sharks out here — Galapagos, Tigers — but that’s the first time I’ve seen a Great White in person.”

The shark’s dorsal fin stuck about a foot out of the ocean and its tail fin also broke the surface of the water until the helicopter flew close by.

Even then, the shark dipped just below the surface of the ocean, Chun Fat said.

The missing man had been drinking at McKenzie State Park Saturday night when he jumped into the ocean just before dark and got into trouble.

Friends threw him makeshift flotation and tried to string ropes together, but they could not reach him, Chun Fat said.

Fire officials today showed the tattered shorts to the man’s family and the search for his body was suspended, Rosario said.