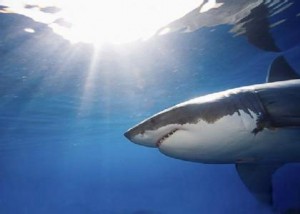 Novice spear-fisherman Dean Brougham had just got into the water off the coast of South Australia on November 9, 2009 – when he felt something tugging at his leg.

At first the 24-year-old gardener thought it was one of his mates having a laugh as they enjoyed a dip in the ocean under the warm Spring sunshine. But when Mr Brougham turned around he saw what every ocean dweller dreads the most: the face of a ferocious shark staring straight back at him.

“I came up, as soon as I got to the surface I felt someone, something pulling my leg and I thought it was just someone being a smart a**e and I turned around and just saw the big face looking at me,” he recalled earlier today from his hospital bed where he was being treated for shark wounds to his ankle.

“And then I just started beating it, just trying to get rid of it and then it let me go and then I was just [swimming] straight towards the cliffs [beach].”

Mr Brougham was swimming about 20m off the shore looking for shellfish at a cove near the town of Normanville on SA’s Fleurieu Peninsula when he was bitten by the shark, which was estimated to be almost 3m (10ft) long.

He said he was resurfacing after diving down to the ocean floor to see if there were any fish to catch when he felt something bite. After fighting off the shark he swam to the cliffs where the brother of his girlfriend was fishing, to raise the alarm. “The swim from where it happened to the cliff felt like forever,” Mr Brougham said.

He was treated by doctors at a nearby hospital and will need further surgery on his ankle after his Achilles tendon was almost ripped off in the attack, but Mr Brougham said he is simply happy to be alive.

“I’m lucky to be here, I’m lucky to have all my limbs attached,” he said. When asked when he would get back in the water, he said: “not anytime soon”.

The manager of the nearby Wirrina Resort, Aaron Batts, told The Times there had been a number of bronze whaler sharks sighted over the weekend, which may have been attracted to the large schools of salmon which are regularly seen off nearby beaches.

“There’s also a resident great white that comes through every summer,” Mr Batts said. “He’s about 6m (19ft) long, but as far as I know he hasn’t attacked anyone yet.”

The attack on Mr Brougham was the first of Australia’s current summer season, but the 50th attack in South Australia’s history – 19 of which have been fatal.

Last summer there were a number of shark attacks all around the country, one of which was fatal.

Brian Guest, 51, disappeared while snorkelling off a beach in Western Australia in December. He was last seen in the area where a 14ft great white shark was seen thrashing around. His body has not been found.

As a result of Mr Guest‘s death, the West Australian premier Colin Barnett has announced extra funding to allow for daily shark patrols on the state’s most popular beaches over the peak summer season from mid-December until the end of February.

“It is important the community feels safe while swimming and enjoying our beaches,” Mr Barnett said.